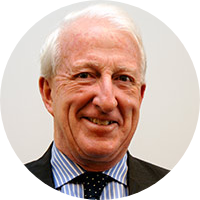 Prior to his appointment to Syria, Ambassador Davidson was a career naval officer for almost 38 years, retiring in 2008 as a Vice-Admiral. He was Canadian military representative at NATO Headquarters in Brussels from 2004-2008 and commanded Canada’s Maritime Forces Atlantic from 2002-2004.   His previous appointments include destroyer and squadron commands in the Pacific, Canadian Forces Attaché at the Canadian Embassy in Japan, head of personnel for the Navy, and chief of staff for the Personnel Group of the Armed Forces.


Davidson was appointed a Commander of the Order of Military Merit in 2002, and awarded an Honorary Doctorate in Civil Law by the University of King’s College in 2007. Among his other commitments he is a Director of the Canadian International Council and a Fellow of the Canadian Global Affairs Institute.

He and his wife Petra make their home in Halifax NS.