On March 8th, the Canadian International Council – Saskatoon Branch, hosted Immigration Minister Ahmed Hussen to discuss why immigration matters to Canada. This keynote preceded the Branch’s March 9th conference on “Canada’s Immigration And Refugee Goals“, that examined migration flows from a Saskatchewan perspective. The conference featured  a series of discussions with local experts and stakeholders on made-in-Saskatchewan practices needed for immigration success.

Immigration is recognized by most as being crucial for a growing economy. Many people regard refugee resettlement as an international human rights issue, an important part of what makes Canada stand tall in the world. Governments put a great deal of thought and consideration into “how many people to let in?”, “who do we let in?”, and ”how should we help people who come in?”. Thousands of hours of effort are put in by resettlement agencies and individuals to help people who arrive here to get on their feet and become connected to the community. Yet immigration discussions in Canada are often framed from a homogeneous urbanist Canadian context, which neglects the perspectives of Canada’s unique regions and settlements. Saskatoon – and similar and smaller cities – have special circumstances, unique to their economies, and infrastructure aspects different from the major centres. What are the challenges to resettlement in a place like Saskatoon, and what are our special talents? How can we do a better job at resettlement, and what can we teach other locations? This conference successfully provided an opportunity to examine these questions and immigration agencies’ best practices. 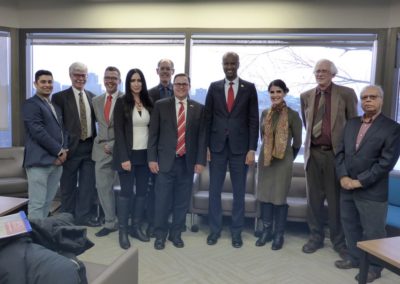 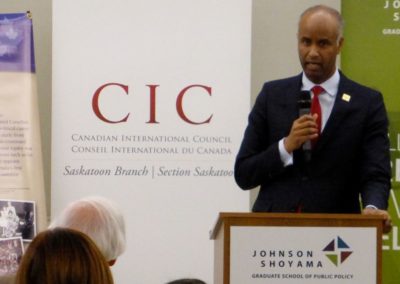 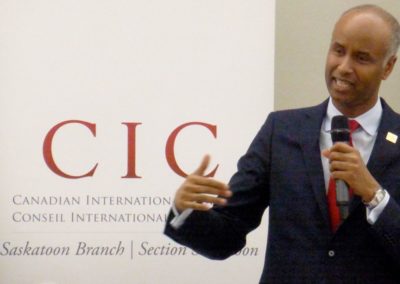 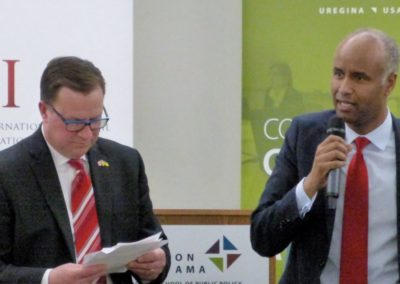