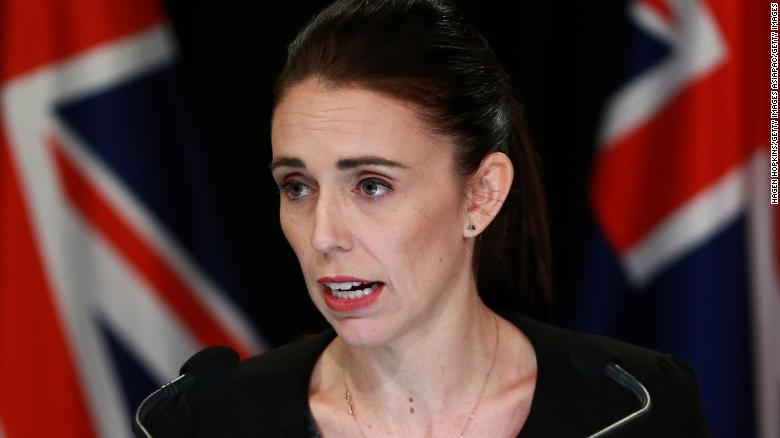 Terrorism scholar David Rapoport once wrote: “Terrorist tactics invariably produce rage and frustration, often driving governments to respond in unanticipated, extraordinary, illegal, and destructive ways.” In the aftermath of the attacks carried out in Christchurch, New Zealand, Prime Minister Jacinda Ardern and her government managed to avoid those trappings. Their thoughtful and decisive response should serve as a model for other leaders across the world.

In her initial statement mere hours after the shootings, Ardern struck the right balance of sadness and determination, compassion and strength, both in the content and delivery of her address. Visiting mosques while moderately dressed, comforting affected communities, and inspiring the whole country to join the Friday prayer will certainly be remembered as a much-needed act of leadership and unity. Inflammatory language and divisive actions are common in the context of unprecedented tragedy, but terrorists precisely aim to cause societal divisions, fear, and panic, and it primarily falls on political leaders to reassure their populations, both through thoughtful declarations and actions.

Through her public statements, Prime Minister Ardern conveyed crucial messages, demonstrating a nuanced understanding of the nature of terrorism, and matched words with decisive actions. Four key points are worth expanding upon.

First, the Prime Minister deliberately pointed out that the shootings could “only be described as a terrorist attack”. Research points to discrepancies in the media coverage and popular perceptions of terrorist attacks carried out by Muslims compared to others. For instance, Conor Huff and Joshua Kertzer find that “acts are more likely to be seen as terrorism if they are carried out […] by Muslims”. “Controlling for target type, fatalities, and being arrested, attacks by Muslim perpetrators received, on average, 357% more coverage than other attacks”, according to Erin Kearns, Allison Betus, and Anthony Lemieux. Even Europol’s Terrorism Situation and Trend report (TE-SAT) confusingly noted: “for the period of 2013 no attacks classified as right-wing terrorism were reported by European Union Member States. However, a series of terrorist attacks in the UK were motivated by right-wing extremist ideology”. The report later adds: “Although to date there are no indications that right-wing extremists in the EU Member States have adopted terrorist modi operandi, the right-wing extremist scene remains of considerable concern”, listing examples of politically-motivated acts of violence that would fit an overwhelming majority of definitions of terrorism. By calling the Christchurch attack terrorism, instead of a hate crime, a mass shooting, or other euphemisms often used for attacks inspired by far-right ideologies, the Prime Minister silenced any potential misconceptions from the onset. She further highlighted that far-right terrorism is not an isolated phenomenon but one that feeds off international dynamics, thus calling for a global response.

Second, with the view to focusing on honouring the victims and their loved ones, Ardern vowed not to say the attacker’s name publicly: “He sought many things from his act of terror, but one was notoriety – that is why you will never hear me mention his name”, she told MPs. The overall objective here is not new. In 1985, Margaret Thatcher had urged countries to “try to find ways to starve the terrorist and the hijacker of the oxygen of publicity on which they depend”, referring to a ”voluntary code of conduct” media outlets could agree on, “under which they would not say or show anything which could assist the terrorists’ morale or their cause”. But very few leaders have themselves expressly refused to utter a terrorist’s name. This is a delicate balance to strike. Some terrorism researchers, including Alexander Meleagrou-Hitchens, Research Director of the Program on Extremism at George Washington University, respectfully disagree with Ardern, noting: “Terrorists are products of our societies and it is important that the wider public is provided with all the relevant details so that they may do their part to identify and combat extremism”. These two aspects are not necessarily mutually exclusive. Understanding potential factors conducive to terrorism is certainly critical, and Ardern did not speak against the need for a better understanding of what drove the attacker to carry out the attacks. On March 25, the Prime Minister even announced that a royal commission would conduct an inquiry into the lead up to the attack, so that “no stone is left unturned to get to how this act of terrorism occurred and how we could have stopped it”. The final report – assuming it is released to the public, as were the commission findings on the 22 July 2011 attacks in Norway – will hopefully provide the comprehensive analysis Meleagrou-Hitchens and others rightly call for.

Third, again with a view to limiting the attacker’s notoriety, Ardern urged the public and media organizations not to share images and videos of the attacker. The Prime Minister and Deputy Prime Minister even called out Turkish President Recep Tayyip Erdogan for showing footage of the attack at political rallies. This is critical, given the risk of copycat attacks and other forms of violence this sort of coverage may create. She also specifically called on social media organizations’ responsibility: “We cannot simply sit back and accept that these platforms just exist and that what is said on them is not the responsibility of the place where they are published … They are the publisher. Not just the postman. There cannot be a case of all profit no responsibility.” Facebook and other social media outlets have made some progress in helping counter terrorism, but much remains to be done, as Ardern rightly indicated.

Fourth, following terrorist attacks, politicians have often made unrealistic promises. On September 20, 2001, President George W. Bush told Congress: “Our war on terror begins with al Qaeda, but it does not end there. It will not end until every terrorist group of global reach has been found, stopped and defeated.” Yet terrorism cannot be eradicated, but can be effectively managed and mitigated not by governments alone but by a range of actors in our societies, which Ardern clearly grasps:

“Feeling safe means feeling free from violence and there’s lots of things that governments can do to make sure people are free from violence, and we will do those things, but it also means making a place where there’s no environment for violence to flourish, where we don’t let racism exist. […] And so this is my request: I alone cannot get rid of those things by myself. I need help from every single one of us.”

Last but not least, and beyond those essential messages, the Prime Minister took decisive action on gun control, going beyond the “thoughts and prayers” approach which has too often become the norm in the U.S.. New measures announced include a ban on military-style semi-automatic firearms, assault rifles, and high-capacity magazines. Our research as part of the Countering Lone Actor Terrorism (CLAT) project on 30 European countries indeed suggested that “lone-actor terrorist attacks using firearms are more likely to occur in countries with higher rates of legal gun ownership and cause more fatalities than attacks using explosives or bladed weapons”. Across the database we built, “explosives account for only 4 per cent of fatalities [and 17 per cent of attacks], in stark contrast to the 89 per cent caused by firearms [used in 31 per cent of attacks].”

There is no magic solution to terrorism, a highly complex phenomenon which has taken many different forms, yet the way Prime Minister Ardern and her government have responded to the Christchurch attacks provide as close of a template as one can hope for.